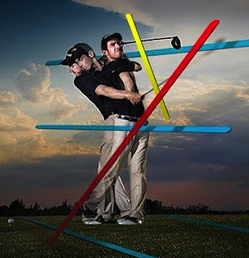 You don’t skip the company’s annual golf tournament because you’re a double-bogey golfer. You go, drink a few beers, have a good time, and learn a thing or two from the guys who live on the course. At least that’s what I do.

And, metaphorically, that’s what I did when I decided to submit an entry into an online competition administered by cyoubx and Mitchell Lane. They provided scrambles for several events (2×2, 3×3, 4×4, pyraminx) and invited people to “compete” by submitting video responses showing their solves. It would be based on the honor system (no way to prevent people from filming themselves multiple times and submitting only their best), and there would be no prizes. The express purpose was “to ‘meet’ other cubers,” “to encourage personal improvement,” and to strengten “a sense of community” among cubers.

I knew there was zero chance I could win this thing, averaging around 42 seconds (with my better solves in the mid-thirties). But I dug the concept and the chance to try something different as part of the community. Minimally, like folks who film their golf swing for analysis, I figured that I could learn something about my technique.

Here is the 3×3 video I submitted, with a best solve of 37 seconds and an average of five of 39 seconds I realize that the edits between each solve give the appearance of multiple attempts. And there were. But not the cheating of multiple solve attempts; worse, it was multiple scramble attempts!?! Half-way through each of the scrambles, I caught myself reversing (or at least worrying that I had reversed) the inverse/non-inverses for Ds, Ls, and Bs. So I had to keep starting over to make sure I got each scramble right. Trust me, if I were going to cheat, I would have submitted better solves without glaring mistakes!?!

Here’s a table summarizing the results:

Until this competition, it never occurred to me to reconstruct any of my solves. A reconstruction is a turn-by-turn annotated list of every move in a solve. Since a big motivation for participating in the competition was improvement and analysis, I thought it would be interesting to reconstruct a couple of the solves. Watching a solve in slow motion and really breaking down each decision reveals all sorts of interesting things and bad habits. Below are the reconstructions (with links out to an animations) of two solves. I chose these two because they were of similar length, each with acceptable crosses, smooth two-look OLLs, and quick PLLs, but with very different F2Ls. Solve four had pretty clean F2L without any glaring mistakes. Solve five featured a really messy fourth F2L insertion in which I got stuck with a corner in D, made a mistake, finally moved it up to U, and then paired and inserted. Watching the animated version shows just how many wasted moves and rotations resulted and really highlights the ironic importance of slowing down in order to get faster times.

One really interesting habit that these expose is my tendency to do d moves rather than U ones — holding the top layer and moving the bottom two layers, rather than the opposite. I’m not sure how that started or whether it’s a good or bad thing. But it’s something I should spend some time focused on as I practice.

The competition served all the purposes I expected: I learned a lot, had fun, and am excited to participate as part of the “community.” Looking back, here are few specifics on what I learned:

All told a great experience — a good time, with good lessons, as part of an opportunity to participate in the community!